Sensory Processing Disorder: How the Tomatis Method May Work Together with Accepted Therapy Options 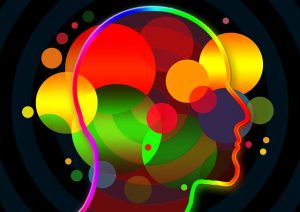 Imagine you are being taken against your will into an unbearably bright, incredibly noisy place.

Giant people and weird objects loom over you and occasionally brush against you, hurting you. There is so much going on that you just can’t stand it. Your whole body convulses into one massive scream. Nothing anyone can do comforts you or calms you.

That’s what it would feel like if you were a toddler with sensory processing disorder, and you were having a melt-down in the grocery store.

On the other side of the spectrum, imagine you do not get sufficient information from your environment.

You do not see objects clearly and can’t sense sufficient pressure from the ground you walk on so that you actually need to stomp to feel anything. Hence, your senses do not have the necessary information from outside or inside of your body to respond effectively.

In both these scenarios, you can’t control yourself, and you certainly can’t control what’s going on around you. You feel helpless.

What Is Sensory Processing Disorder?

Sensory processing disorder (SPD), also called sensory integration disorder or dysfunction, is a condition in which the brain has difficulty taking in and organizing sensory input.

Our brains get information from our senses: sight, sound, touch, taste, smell, movement, balance, body position, and muscle control. With SPD, the brain can’t process these signals and make sense of them. Too much stimulation overwhelms it, while too little information does not give the necessary parameters to function age-appropriately. Neither cognitive development nor emotional regulation are at their optimum in those circumstances.

The result, in a small child, may well be a tantrum as described at the outset. Or perhaps the child would attempt to dash into the street to get away from the unbearable situation.

For other children with SPD, the situation may be that they’re unable to detect the signals they get from their senses and their bodies. Therefore, they may seek stimulation by constant jumping, crashing into things, or spinning.

The sensory processing disorder diagnosis is controversial. SPD has only been considered a separate disorder since the 1970s.

According to The Understood Team, a private community of parents of children with learning and attention issues, “there’s growing awareness of sensory processing issues, but it’s still controversial in medical circles. It doesn’t appear in the Diagnostic and Statistical Manual of Mental Disorders (DSM-5), the guide used by doctors and therapists to diagnose learning, behavior and attention disorders.”

What are some of the most common symptoms?

SPD symptoms can be similar to those of disorders like Autism Spectrum Disorder (ASD), Attention Deficit Hyperactivity Disorder (ADHD), and Obsessive-Compulsive Disorder (OCD).

There is not yet much research into therapy for SPD. Hence, primary therapy options have been sensory integration therapy using swinging, brushing, and other sensory-motor approaches by occupational therapists.

However, there is evidence that the Tomatis Method, which combines listening therapy with a vibrational component, along with systematic evaluations and consulting throughout the program, can make a considerable difference for some children with SPD when combined with other accepted therapy options.

The Tomatis Method in Conjunction With Other Options

The Tomatis method, named for its creator, Alfred Tomatis, uses a combination of modulated sound (music and speech) with a vibrational component.

This approach can help the child with SPD learn to build inner filters, to discriminate among sounds, and to block distractions, so that they are less likely to be overwhelmed by auditory stimulus. The method also works with the parts of the inner ear related to balance and orientation in space, which helps with the balance and body position issues associated with SPD.

Clients listen to the tailored sounds through the special headsets, such as music with various different frequencies, from Mozart to Gregorian chant. This helps receptors in the inner ear to transmit specific information to the primary auditory cortex, thus retrain one’s auditory perception.

The headsets also use vibration at the top of the skull by means of a “bone conductor” which, in turn, helps stimulate the brain so that it recognizes the sound or vibration of each frequency. Treatment programs involve multiple phases with one to two months breaks in between each phase. The full program, including the breaks, might stretch over several months.

Dr. Tomatis originally invented his method to help musicians and singers. When he used his sound-modulating devices on children, he saw improvement in more areas than speaking and listening. The children improved in memory, attention span, ability to focus, coordination and balance as well.

Children and adults whose brains do not process sensory input in an integrated way live in a strange and often terrifying world. The Tomatis Method, together with other therapy options that help to regulate and organize the information they receive from their senses, can help teach people with these issues to function in that world in a much more relaxed manner.